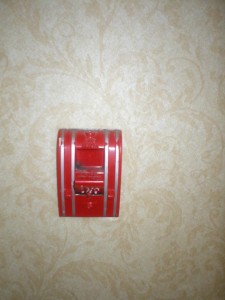 I had gotten this great deal to go to Tales of the Cocktail through Travelocity-6 Nights and Airfare from Rochester , New York for $610 including a shuttle to and from the airport.The hotel was a 2 star supposedly according to their website like a small French hotel.They forgot to add the adjectives Marseilles Waterfront- down by the old U Boat Pens.

It took 3 tries before they found me a room that had working air conditioning,broken phone door whose lock took at least 8 tries to open each time,cracked sink and a air conditioning unit that barely worked at all.The elevator worked some of the time, the fire alarm was broken, the cockroaches were big and the other guests scary.