Menu
As my role as a “Spiritual Adviser” I am asked a lot about what bottle to get for someone who already usually has a well established private bar collection of their favorite whiskeys. Some of these are bourbon, a lot of them single malt scotch and a few Irish whiskeys as their focus. Problem is, it is getting increasingly hard to get someone something different that they will like. Most people seem to have fairly established collections and tastes, and chances are over the years between what they buy for themselves and what they have gotten as gifts you run out of options.
I recently found a nice alternative to all of the above whiskeys with a 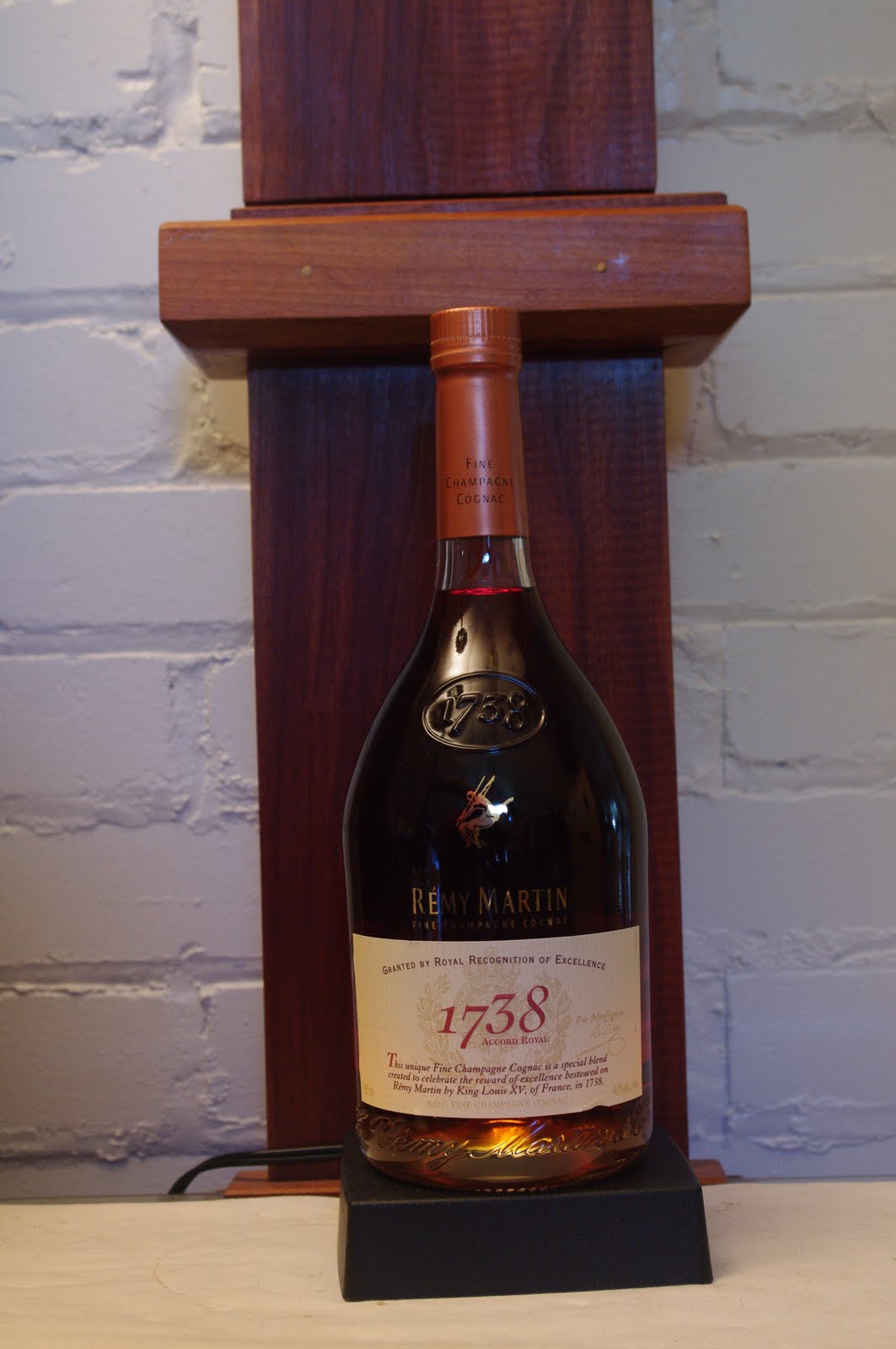 spirit that Dad probably doesn’t have, or certainly not this particular expression. Remy Martin 1738 Accord Royal 2 is a lovely blend of over 240 Eau de vies of cognac the minimum age is 4 years and the oldest 20 years. This makes it a bit short of an XO but on the flip side less than half the money ( around $50 or so), more importantly, it has many of the aroma and taste characteristics that whiskey lovers -be they Scotch, Bourbon or Irish enthusiasts, enjoy. That coupled with the fact that in many cases they can use this cognac for their familiar cocktails ( swapping the cognac for their usual)  for a somewhat familiar but new taste and all the cognac cocktails they can easily make also.
We found the Remy 1738 wasn’t just good in a snifter ( which it is) but mixed and tasted well in a number of cocktails. Both in price and overall characteristics it closer to a whiskey ( in many nice ways) than a cognac is traditionally thought of. Not only an opportunity to get a father something he doesn’t have but would like (unlike a tie) but a chance to teach him some new tricks and expand his horizons a bit.
Share on Facebook Share
Share on TwitterTweet
Share on Google Plus Share
Share on Pinterest Share
Share on LinkedIn Share
Share on Digg Share
Send email Mail
Print Print